The Normans in Devon, a talk by Sarah Bennett on 18th October 2016

Sarah returned to us to give a second talk. On this occasion, it was about the Normans in Devon. We had asked her back as we had really enjoyed her first talk on Conan-Doyle. Once again she was a mine of information. It was illustrated by various pictures and also used the Bayeux Tapestry as a source of information. Although the tapestry has a French name, it is generally thought to be embroidery made in England, and is not a tapestry after all!

The Norman William was an illegitimate son of the unmarried Duke of Normandy and a mistress. This was always a stigma for him.

The tapestry is very much a Norman version of the battle that begins as depicting Harold as a brave and successful warrior. Better for your propaganda to win against a strong opponent than a weak one. Harold had been busy in the North of England and had defeated the Vikings and marched south to meet William.

The Norman invasion was not over with the Battle of Hastings (It actually took place near a town called Battle), but continued for some time pockets of resistance under Harold’s sons had to be eliminated. In fact he rest of William’s life was taken up with suppressing rebellion within the country.

William was crowned King of England shortly after the battle. He had claimed that the deceased King Edward had promised him the Throne.

In the South West an important event was the siege of Exeter in 1068 where Harold had owned a lot of land. The siege lasted for 18days. His mother who was in the city was able to flee to Flanders. After the siege, the Normans built Rougemont Castle, the remaining tower being one of the oldest standing Norman buildings in England. It contains a Saxon window!

William went on to suppress the north of England turning it into wasteland from which it took a long time to recover.

In 1086 William took a census of England on the basis of Anglo Saxon principles, using their methods and officers. The Anglo Saxon officers were replaced by Norman officials soon after the census had been completed, so that their power and influence was diminished. The record is known as the Doomsday Book. This was a good, but not complete, survey.

This gave William the information on all possessions and he was then able to divide them up and distribute lands and property amongst his allies. It led to the dominance of Norman rule. 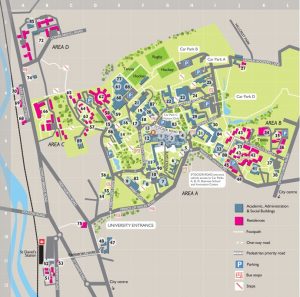 Based in Newton St Cyres, the Belluno Restaurant serves high-quality, home-made Italian food. The restaurant also has a wood burner