We met again at The Royal Oak on 5 February 2018 to welcome Dr Stephen Manning, an Honorary Research Fellow of the History Department at the University, who gave us an interesting talk on this part of Britain’s colonial activity in Africa.

British policy for South Africa at the time was to form a confederation, similar to that successfully created in Canada, which would bring together various  British and Boer colonies, some tribal states and the Zulu Kingdom. HM Government had no desire to impose this by force as they were heavily involved in wars elsewhere, and King Cetshwayo of the Zulus was generally friendly towards British colonials. However Sir Bartle Frere, Governor of The Cape Colony, acting on his own initiative decided that the Kingdom presented a military threat and in December 1878 presented the King with an ultimatum which he knew could not be accepted. When it expired in January 1879 he authorised an invasion of Zulu territories which, after a few preliminary encounters, resulted in an overwhelming defeat for the British Army at Isandlwana, news of which reached Britain before it was known at home that a state of war existed. Lord Chelmsford, the British commander, having lost more than 1000 men and all his supplies was forced to withdraw from Zululand. A border post at Rorke’s Drift was gallantly defended in a 10 hour-battle against a much larger force of Zulus.  Eleven Victoria Crosses were awarded to the defenders. 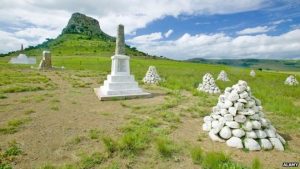 Dr Manning gave descriptions of the subsequent battles: Hlobane, which was a defeat for the British but at which Col. Sir Redvers Buller won the VC for bravery under fire, by returning to retreating troops and rescuing some of the wounded; Gingindlouvu (a British win); and Kambula where the Zulus were decisively beaten. A letter home by a private describing the “great murder” done to retreating and wounded Zulus (700 were killed) by mounted troops resulted in widespread condemnation of the forces involved; it might today be considered a war crime. 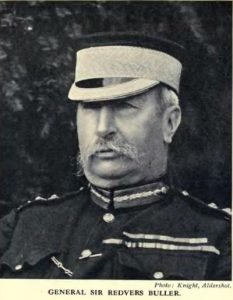 When massive reinforcements arrived from India, Zululand was invaded again in June.  During this time the Imperial Prince Napoleon Eugene of France, who had joined the British army while in exile, was killed during a scouting foray. There was a final battle at Ulundi after which the defeated Zulus dispersed and Cetshwayo became a fugitive.

Dr Manning described the significance of the press in the South West of England during the war. Because most reports arrived from Africa by sea, reporters were able to intercept ships arriving in Plymouth and gain advantages over other British papers.