On Tuesday, July 16th ten members visited The Tiverton Museum of Mid Devon Life. After a welcome and a brief introduction by Pippa Griffith, the museum’s director, everyone went round the exhibits at their own pace, concentrating on those things which most interested them. There is certainly a lot to see; items range from Roman artefacts through Devon’s history in the Anglo-Saxon, Viking and Medieval periods until the present day with particular emphasis on the textile industry, agriculture and fishing. Galleries are devoted to Devon life during the Civil War and both World Wars. 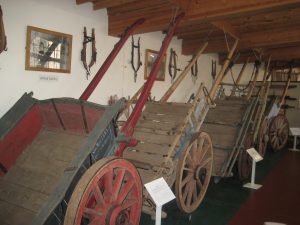 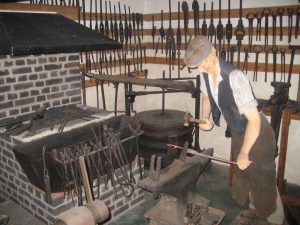 After the visit we lunched at Elsie May’s Café, which is conveniently close to the Museum, the Bus Station and a cheap car park. The café was pleasant and the food was perfectly satisfactory, the only complaint heard being that the portions were sometimes too large.

The visit was generally enjoyed, with much praise for the museum. The time planned for the  museum visit – an hour and a half – was possibly too short; some members returned there after lunch.