Twelve members visited Orchid Paradise at Burnham Nurseries near Newton Abbot, and after lunch in the Vanilla Café we were given a very warm welcome by Sara Rittershausen who is the third generation of this world-famous family of orchid collectors and growers. The nursery celebrates its 70th anniversary this year.

As the name suggests, it was indeed Orchid Paradise! We were given a most interesting tour of Orchid Paradise by Sara who explained the different varieties. There are over 23,000 different orchid species and over 150,000 man-made varieties  The two main types are the terrestrial orchids and the epiphytal orchids. The former is the type that grows on the ground, while the latter grows on rocks, trees and poles. We were shown examples of both types. The epiphytes grow with their roots out of the ground and have been adapted to get their water and food differently than those that grow with the roots in the soil. The orchid which intrigued me most was the spider orchid – Brassia cochleata – not the prettiest but so strange. 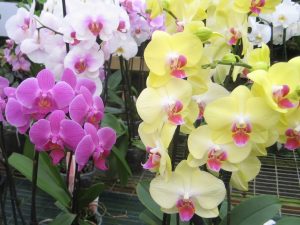 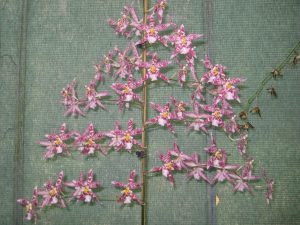 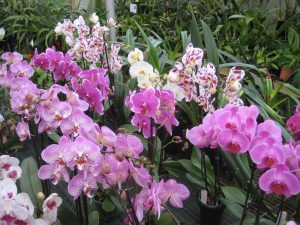 The Nursery offers expert help and holds an orchid clinic once a month. Several of us brought along our ailing orchids for help and advice. The nursery also sells orchids and some of us were tempted to buy including myself! For more information visit www.orchids.uk.com