Pamela Vass came to the meeting with an impressive CV – she had been a social worker with Barnardo’s and two local authorities, had been the Director of The Whodunnit Company offering murder mystery events in the UK and abroad, and had published several books, both fiction and works of historical research and investigation. She has strong links with Exeter, having worked in the Social Services Department at George Street in the 1970’s and completed a Master’s degree at the University on socio-legal aspects of the Children’s Act 1975.

The title of her talk, Seeds of Doubt, is also the title of one of her books, a conspiracy thriller built on the monumental Lynmouth flood disaster of 1952. This grew out of a chance remark which gave her the germ of an idea. She had been in Lynmouth making arrangements to stage a murder mystery when she became aware of suspicions that the flood disaster of 1952 was not necessarily or completely an Act of God but that other, human, agencies had played a part. 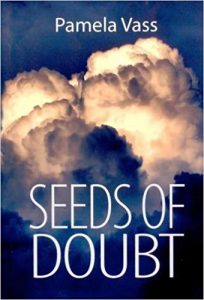 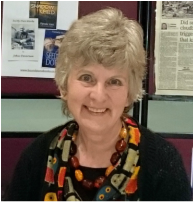 In the course of her talk, Pamela drew on geology, meteorology, local history and local geography to show that this theory was not so audacious as it first might seem. She backed this up with some of the results of meticulous research  she had carried out into archive material including a communication between the Met Office and the Colonial Office of 1951 to the effect that although the science of rainmaking was in its infancy there was a definite possibility that rainfall could be increased by artificial means. Unusually there is an extensive bibliography appended to her novel. This research indicated a background of experimentation in this country and the US into the technique of ‘cloud seeding’, impregnating clouds, of the right sort, with crystals, usually silver iodine, to produce planned rainfall.

The result of these researches was to the effect that the devastating floods at Lynmouth in which thirty-four men, women and children lost their lives, many more their homes, and  widespread destruction was left behind, with roads, bridges and even complete cottages being swept away, could have been contributed to by ‘cloud seeding’.

Pamela could have called her novel Clouds of Doubt, as the interaction between divine activity and human activity over the town of Lynmouth in 1952 cannot be said to be clear. But ‘Seeds of Doubt’ is the better title, for seeds are what gives rise to growth and as she suggested at the end of her talk, there is still work that could be done on the topic.